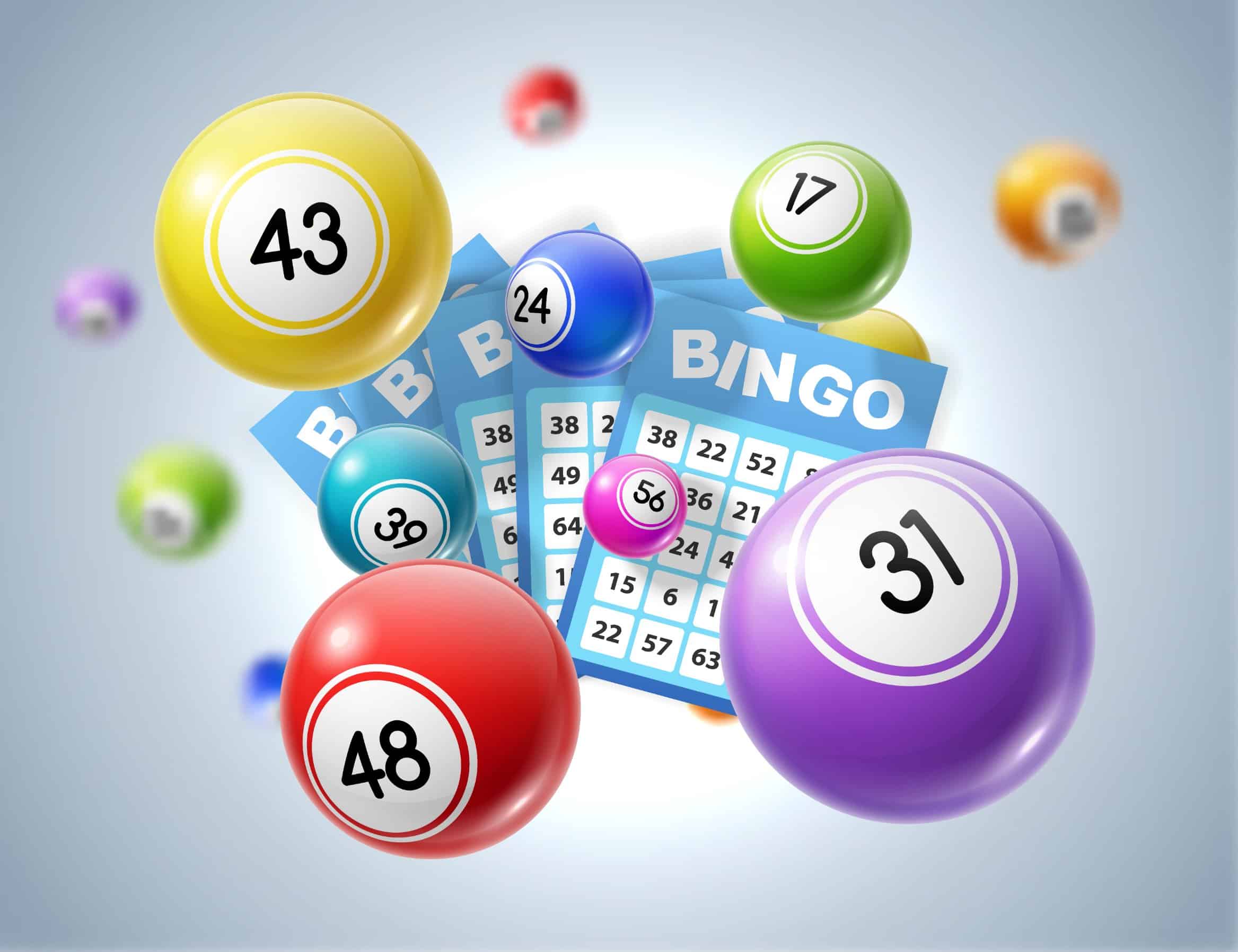 If you’ve ever played or watched bingo in a traditional bingo hall, or even if you’ve just dabbled in some online bingo, you’ve probably noticed some strange bingo names that you don’t understand. It’s not as simple as saying 1, 2, 3… and you’re not mistaken if you think you heard something about little ducks or Winnie the pooh.

How Does Modern Bingo Work?

Before we get into the bingo terminology, we thought we’d go over the basics of bingo to refresh your memory or show you what it’s all about if you’ve never played before.

Don’t be confused by the word ‘balls’ in the name of your game; this is simply because the numbers being called out used to be printed on balls. With the invention of bingo sites, however, almost all bingo balls are generated electronically.

Back to “Bingo Lingo.” In traditional bingo rhymes, bingo numbers are frequently called out. If you’re new to online bingo, hearing “Two Fat Ladies” or other modern abbreviations and bingo sayings may be perplexing. Don’t be alarmed if your fellow bingo players start using strange terms; bingo is a very sociable game, and all you have to do is learn the bingo slang meaning, and you’ll understand it in no time.

How Did the Rhymes Come About?

The majority of bingo terms associated with numbers are rhymes. They were first used in London in the mid-twentieth century to transmit secret or hidden messages. These rhymes were quickly adopted by bingo players, who used them in bingo halls to ensure that all 90 letters were easily clarified when called out. In a large hall, the numbers 15 and 50 can sound very similar, so they came up with rhymes/nicknames to distinguish the letters. As the use of these nicknames spread, they evolved from location to location, and some new bingo phrases were added.

Here is a complete list of bingo slang meanings for numbers and other strange words that you may encounter if you play bingo online or in person.

This bingo saying may refer to Ned Kelly, one of Australia’s greatest folk heroes, but many believe it is simply military slang.

The number 2 resembles a small duckling!

Because the British are particularly fond of tea, and purely for rhyme’s sake. Then start the kettle!

Is anyone there?! This phrase rhymes with the number four.

Tom Mix was the first Western star in America, appearing in 291 films. This rhyming bingo call honors his legacy. A dozen equals twelve, and half of twelve equals six, which is the alternative bingo saying the caller could use.

In many cultures, the number 7 is considered lucky. There are seven days in a week, seven colors in the rainbow, and seven notes on a musical scale.

This saying rhymes with the number 8, but there’s more to the story of this phone call. According to legend, the ‘garden gate’ was a code for a secret meeting or drop-off point.

Number 9 was the name of a pill given out by army doctors to soldiers who were feeling under the weather during World War II. This potent laxative was said to rid the body of all ills!

Bingo callers will always include the name of the current Prime Minister in this call. It alludes to 10 Downing Street.

One of several calls relating to the shape of the number. The two 1s resemble a pair of slim legs. What a woo!

Many superstitious people believe that the number 13 is unlucky, but if you call home on that day, it’s lucky for you!

In reference to February 14th, the international day of love.

The age of sixteen is a significant milestone. You’re not quite an adult, but you’re not a child either.

This day falls on St. Patrick’s Day, which is celebrated on March 17th in Old Ireland.

This is the point at which you are considered an adult. “Now you can vote!” some callers exclaim.

The last year of adolescence!

A score is made up of 20 units. The phrase “getting plenty” also rhymes with the number.

In a royal or military salute, 21 guns are fired. 21 was also the traditional age at which you would leave your parents’ home and have your own keys.

Again, this call exists to describe the shape formed by the numbers.

This is the first phrase of Psalm 23 in the Old Testament, and it is a biblical reference.

Another rhyme, but it’s also said that the number 2 is a duck, and you want to avoid the number 5, which looks like a snake! That has to be one of the strangest bingo terms ever.

This proverb is derived from predecimalization (old money), when two shillings and sixpence equaled half a crown.

If you use this bingo rhyming slang, you’ll be in heaven!

This cheerful saying rhymes with the numbers.

This phrase, which rhymes with 30, is derived from the nickname for the statue La Délivrance, a bronze sculpture of a naked lady installed in North London in 1927. There was also the raucous Dirty Gertie from Bizerte, which was sung by Allied soldiers in North Africa during WWII.

When you hear this rhyming call for 31, get up and run.

The phrase and the numbers rhyme.

In a 90-ball game, 33 represents all of the threes available. It also rhymes with the traditional English chippy fish supper. Yum!

A fantastic rhyme, especially after 33!

If you call house number 35, you’ll be doing this dance step.

Many numbers are greater than 11, but this one rhymes!

Another example of cockney rhyming slang.

Life starts at 40! Who are we to argue with such a well-known bingo call?

Life has begun, so let’s have some fun!

A. Milne’s Winnie the Pooh book A. Milne was published for the first time in 1926. In 1965, the honey-loving bear joined the Walt Disney family.

This phrase was frequently used by soldiers during the war in wartime Britain.

It’s said to be a visual reference to sagging pants!

Traditional British bingo games have 90 balls, and 45 is half of 90.

The number 46 rhymes with this phrase.

47 – The Numbers Four and Seven

It’s not particularly inspiring, but it does the job. Can you come up with a better one?

This call is inspired by the old TV show “The Adventures of P.C.” ’49,’ which ran from 1946 to 1953. The show followed the exploits of an unconventional police constable who solved crimes in London.

A peculiar call that rhymes. “I adore my mother” could also be substituted.

Another great rhyme about the Irish cross-dressing singer and entertainer who rose to prominence in the mid-1940s.

The VW Beetle Herbie, which appeared in a number of Walt Disney films in the 1960s, has the serial number 53. “Beep, beep!” players frequently respond.”

Nobody wants to think about housework while playing bingo, but this song has been around for a long time.

Another visually appealing bingo call. The two fives resemble snakes about to spring.

The original route number from Glasgow to Shotts. A marriage license used to cost five shillings and sixpence. “Was she worth it?” the caller inquired. “Many players would respond, “Every penny!”

The number in the logo of the food company Heinz. The founder reportedly chose the number 57 to assert that he had the largest selection of pickles. His lucky number was five, and his wife’s was seven.

This is yet another rhymed call. “Choo choo, Thomas!” players frequently respond.”

There are various theories as to where this comes from. Some believe it is the number of the train from Brighton to London, engine 59, while others believe that all original phone numbers in Brighton began with 59.

Our favorite reference has returned! 5 x 12 = 60. 60 almost rhymes with frisky and is the traditional retirement age for women to draw a state pension.

The number rhymes with this bingo call.

These two phrases rhyme with the number. Tickety-boo is colloquial for “good” or “going well.”

Another amusing rhyme, but its origins are unknown.

This bingo call may not rhyme with the number 64, but it appears to have stood the test of time.

The traditional retirement age for men in the United Kingdom.

This fantastic rhyme sounds like a train speeding down a track.

What is the Future of the Lottery?